Multi-Faith ACTION Coalition > About Us > Our Team 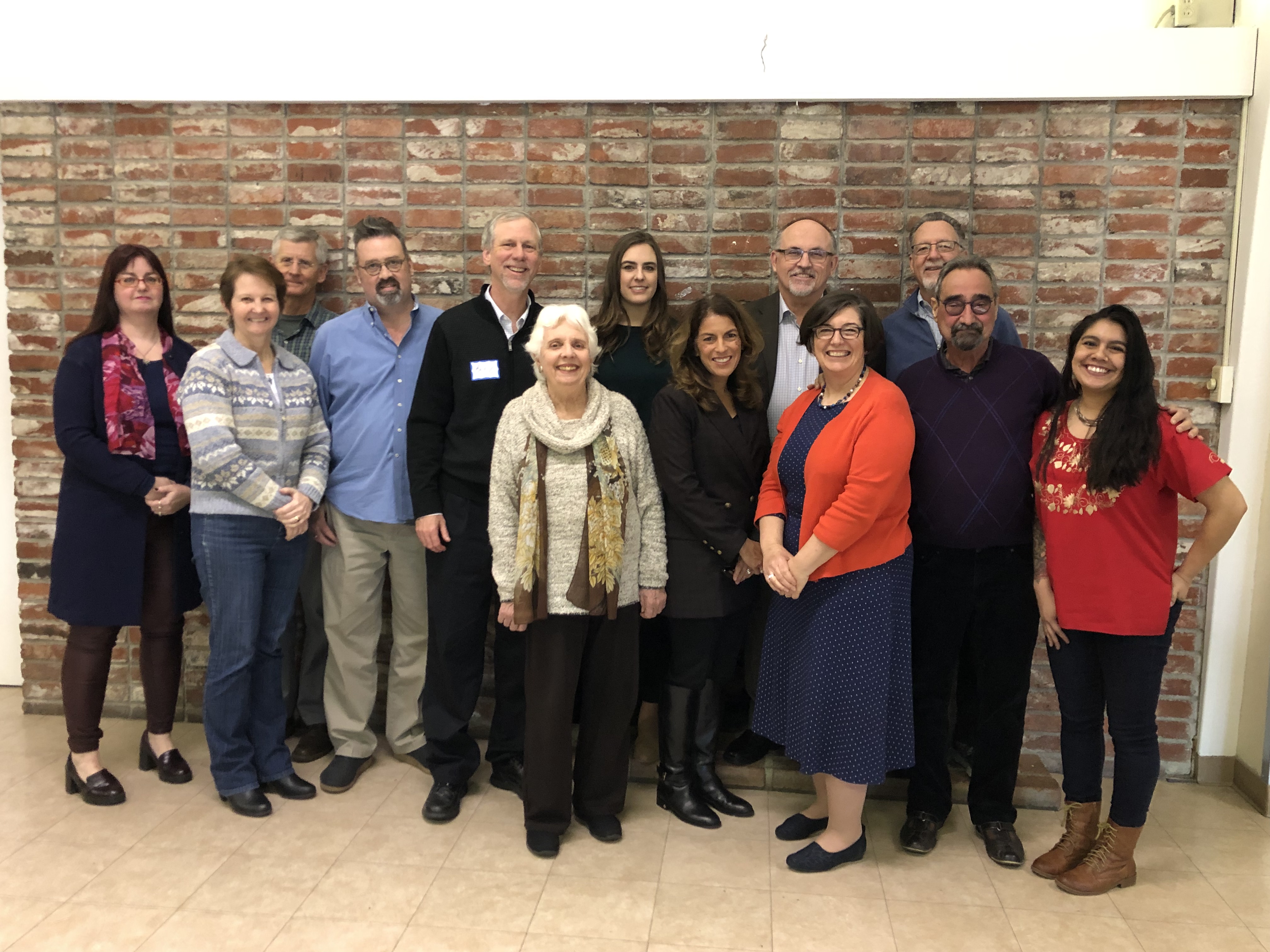 Some of the representatives of the Faith Leaders Advisory Board at recent meeting.

Our team consists of the individuals seeking to advocate with a faith-based perspective who participate on the Task Force and Working Group level, Task Force and Working Group co-chairs, the Steering Committee, and the Faith Leaders Advisory Board.  We work in partnership with close to 50 faith organizations and several organizations that share our goals.

The Steering Committee is made up of representatives from each task force and working group, the Faith Leaders Advisory Board and key partners. After studying and discussing an issue, the Task Forces recommend ACTION to the Steering Committee. It plans and coordinates how and when the Coalition acts includes taking a position for or against legislation, testifying before a local elected body or a committee of the California Legislature, meeting with elected officials or asking advocates on the email distribution list to call or write a policy maker. All advocacy is to address the root causes of poverty though policy change.

The Multi-faith ACTION Coalition has five task forces: Housing & Shelter, Food Security, Jobs, Education and Health, and a Racial Justice working group that involves all Task Forces. The Task Forces represent five areas that have been identified as the five pillars of success that must be addressed if we are to eliminate or reduce poverty.  As the task forces evolved, and our understanding of the root causes of poverty grew, we saw that attention needed to be paid to the racial injustices that impact all barriers to self-sufficiency, so we established a working group that involves all of the Task Forces.

A forum for faith leaders within Contra Costa County to support the Multi-Faith ACTION Coalition by providing strategic input, direction, guidance, and engagement in action to address the root causes of poverty through advocacy.

We are grateful to the members from these organizations that have participated in our efforts.